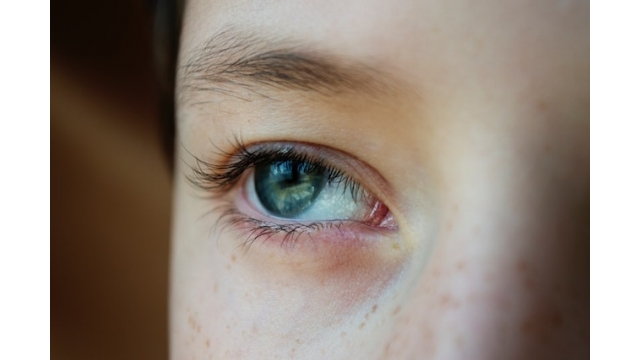 Cortical Visual Impairment (CVI) sometimes called Cerebral Visual Impairment is an eye disorder that is caused by damaged parts of the brain that process vision. It is more common in babies and children but it can continue into adulthood. Normally the eyes send electrical signals to the brain but if you have CVI, the brain has trouble processing and understanding these signals.

Gary Rodney, a Smart Vision Behavioural Optometrist at Eyes InDesign Mosman, raises awareness of CVI as it is one of the leading causes of blindness in children and more attention should be paid towards it. Adults can also develop CVI after a traumatic brain injury. This is known as acquired CVI.

Cortical Visual Impairment is caused by an injury to the brain. These injuries normally happen before, during or directly after birth. Some common causes of CVI include; lack of oxygen or blood to the brain (often due to a stroke), a build up of fluid in the brain, infections that reach the brain, head injuries or specific genetic conditions. Premature babies are more likely to have CVI than full-term babies. There is no specific test for detecting CVI. “If you suspect your child may have CVI the first step is to book a Comprehensive Vision Skills Assessment. If the assessment doesn’t find a problem it might mean that the problem could be neurological.” says Rodney. It can be difficult to diagnose CVI but it is crucial to act quickly if CVI is suspected.

For some children with CVI, improvements over time can be seen however, everyone is different. If your child has symptoms of CVI, it is essential to act quickly and make sure the child is getting early intervention, therapy, educational support and other resources that will help them to develop and learn.

CVI presents with various symptoms depending on the severity of the situation. If a child has CVI, they may have trouble responding to things that are seen, seeing certain things in front of them, recognising faces and objects, recognising things in cluttered spaces, reaching for something while looking at it and understanding what they’re looking at. “It is important to pick up the signs of CVI as soon as possible. Parents should look out for slow reactions to visual cues. Is the child preferring to look at things that are moving or does the child like to look at things from a specific part of their vision, for example with their peripheral vision,” says Rodney.

While there is no cure for Cortical Visual Impairment, vision rehabilitation or vision therapy can help children to improve their vision. In some cases, the vision does improve over time by itself. Experts are not sure why this happens. However, the most important thing is early detection so that the child can receive early intervention and help.

If you are concerned that your child may have CVI, book a Comprehensive Vision Skills Assessment with a Behavioural Optometrist at Eyes InDesign Mosman where a specialised wellness plan can be developed to provide the necessary therapy and rehabilitation supports.

Smart Vision Optometry clinics are located in multiple suburbs in Sydney. Book a Smart Vision Comprehensive Vision Skills Assessment or Advanced Eye Health Test for any child or adult by calling the Mosman clinic (02) 9969 1600 or the Bondi clinic (02) 9365 5047, book an appointment online.

Written and syndicated by YDMA News