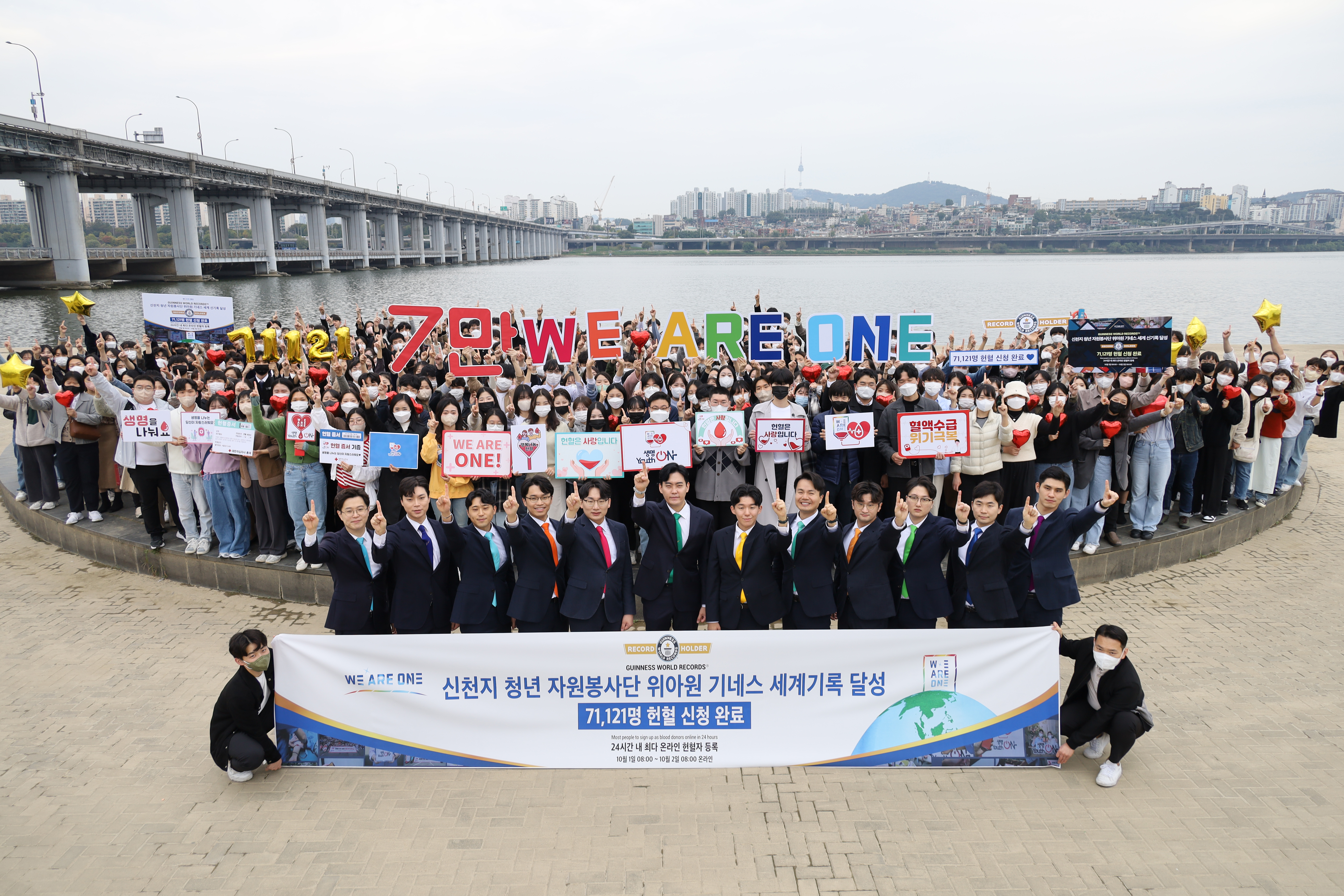 Within 24 hours, more than 70,000 people from Shincheonji Youth Volunteers, WE ARE ONE registered to donate blood.

Skokie, Illinois Oct 25, 2022 (Issuewire.com) – Earlier this month, volunteers from the Korea-based international youth service group We Are One received the Guinness World Records title for “Most Registered Blood Donors in 24 hours”, beating out the previous record held by India by nearly seven times as much.

The group, launched at the end of July, has been working since August on their “Life ON Youth ON” blood campaign to have 70,000 people donate blood to raise awareness of the importance of blood donations and to overcome the blood shortage caused by COVID-19. The first step to beating this goal was to have 70,000 people registered.

To avoid a system overload with the high number of registrants, We Are One rehearsed with the help of the Korean Red Cross so it could go smoothly. In addition, the Korean Red Cross Blood Management Headquarters Information team checked the servers so that regular blood donation reservations would not be interfered with by the Guinness World Records challenge.

“It was possible not only because of the volunteers but also the Korean Red Cross officials working at the forefront to solve the blood shortage and the IT company that developed an efficient blood donation application system,” said Mr. Junsu Hong, the head of We Are One. “In that sense, it has great significance.”

Guinness World Records, which carefully reviewed the record by mobilizing up to two public witnesses, approved the new world record on Oct. 13.

In January 2022, the American Red Cross announced that the US is facing a national blood crisis – its worst blood shortage in over a decade. The World Health Organization’s Global Status Report on Blood Safety and Availability published in June shows that all countries have been impacted by the shortages of blood donations during the COVID-19 pandemic.

With the skyrocketing number of patients looking for designated blood donors on social media, We Are One is dedicated to achieving the 70,000-blood-donation challenge. Locally in the USA, the Chicago branch of We Are One held a blood drive on October 22nd at the Oliver McCracken School with Versiti Blood Center to contribute to this. Over 150 people from We Are One alone came with almost 90 people successfully donating, and among them, nearly 20 donors of double red cell donations, which in comparison to whole blood donations can help up to twice as many people in need of blood transfusions.

As of Oct. 23, a total of 52,098 people completed the blood donation, and the rest are planned to complete blood donation of 70,000 people by November.

“I believe COVID-19 can be defeated when we are all one,” said Hong.

The official record is accessible on the GUINNESS WORLD RECORDS website at https://www.guinnessworldrecords.com/world-records/714849-most-people-to-sign-up-as-blood-donors-online-in-24-hours.

To learn more about We Are One, visit https://www.shincheonji.org/ko/news/notice 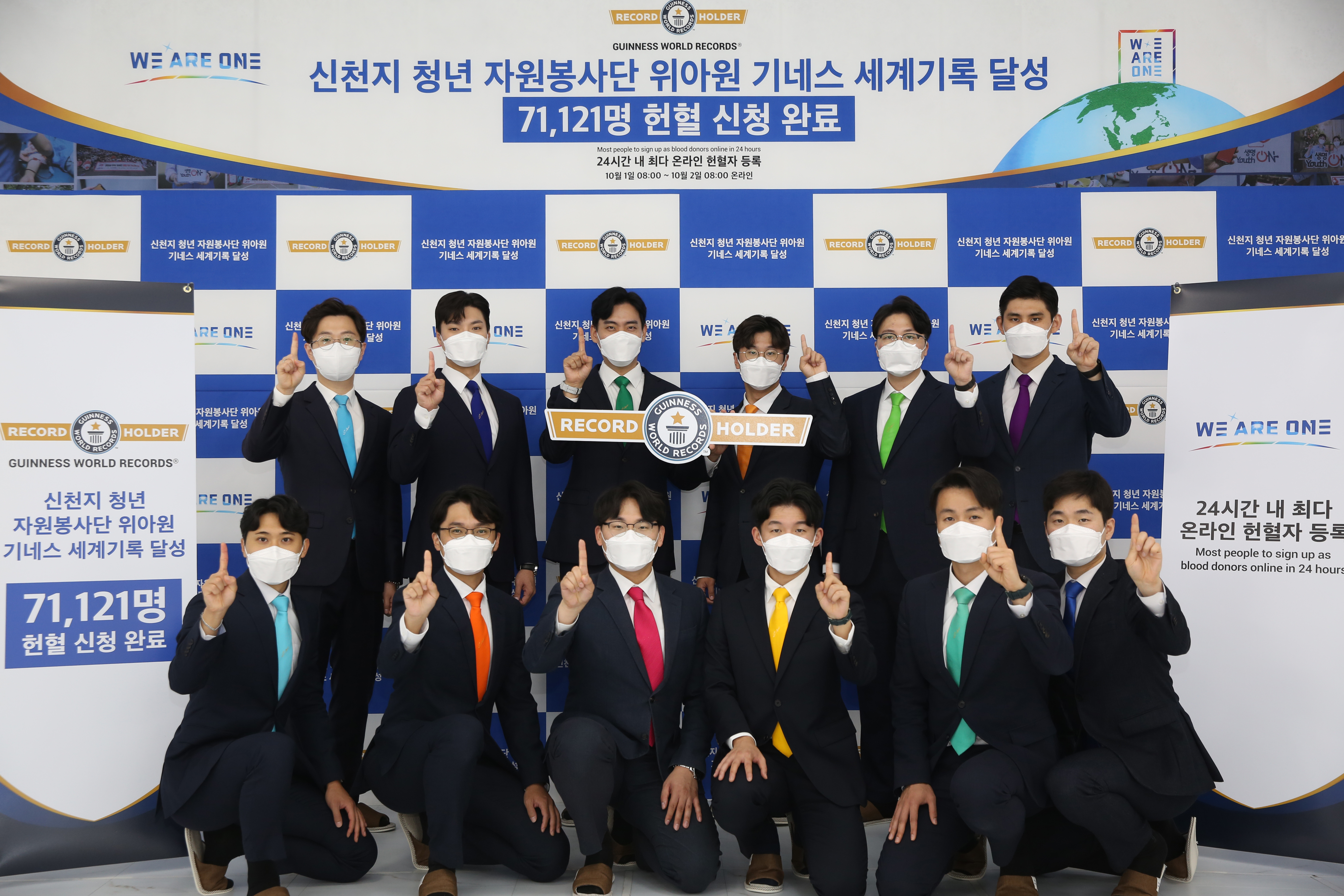 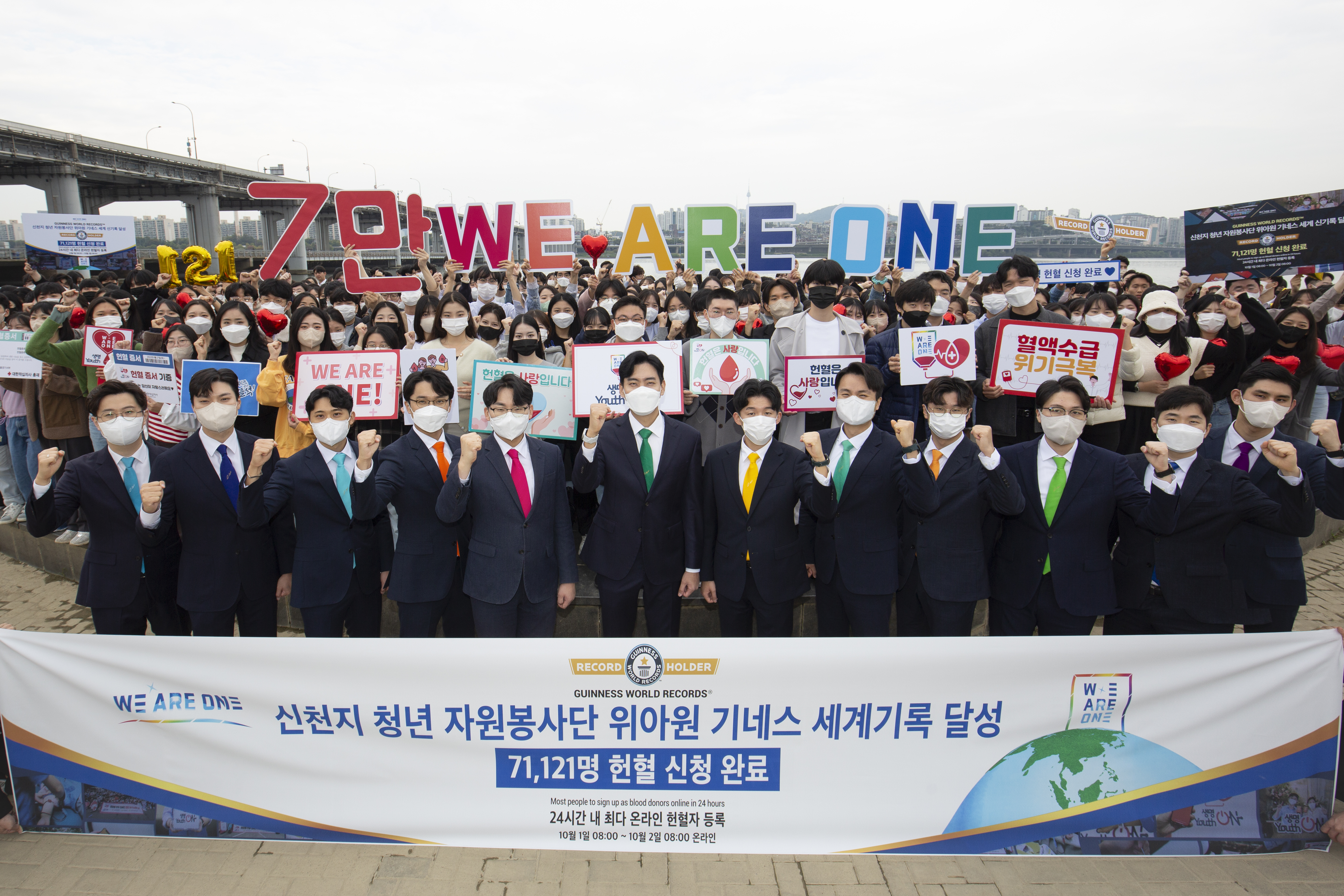