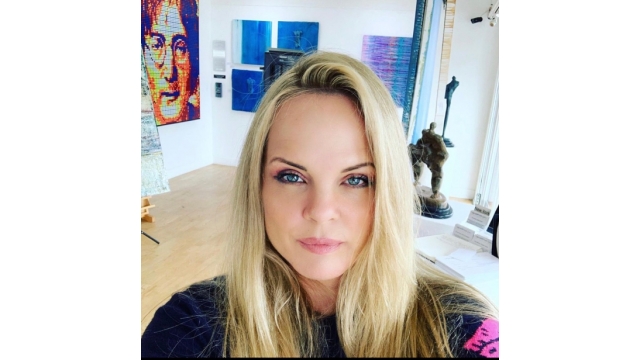 Dateline: Los Angeles CA October 2022. Former Playmate Victoria Fuller (Miss January 1996) has assembled a collection of her former colleagues, all former Playmates to come together in a fun packed NFT Series which aims to bring to the “Virtual World” some of the fun, glitz and glamour of the “old days”

“Being a Playboy Playmate was the ultimate in many a girl’s career modelling wise and brought with it a certain cache and lifestyle. You were invited to all the “right parties”, all the “right occasions” mingling with international figures, Sports Stars and Celebrities of the day.” said Victoria Fuller, MD and CEO of Gatefold Labs who are coordinating this project, at a private event held recently for close friends and colleagues.

People will be allowed to buy certain NFT’s of images of the former models in varying degrees of rarities from “Common”, “Uncommon”, “Rare”, “Legendary” and “Epic” and these NFT’s will allow the holders access to the various “Events” that will be held in both the Virtual World and in the “Real World”. The NFT’s can be found here: https://tradingcards.roguebunnies.com/drops

“Life at “The Mansion” was never dull, boring nor humdrum” and with “Rogue Bunny NFT’s” and aim to bring back some of this fun and as such bring a little of the “Glitz and Glamour of the old days” for the NFT holders to participate in.” Victoria went on to say “but we’re aiming this time around to be a little different in that we aim to be able to “party and have fun” but also with a purpose and that is to support some of the Charity Partners and Organisations that myself and the other girls have grown to become part of”

“Achieving what we’ve all accomplished so far brings with it a degree of responsibility and the desire to give something back, which is why we feel we’re putting something together slightly different in this space” Victoria added “and have quite a few Commercial Partners along the way and are also taking time out to make sure to connect with and interact/relate to as many of the NFT holders as possible.

To that end, not only will there be Events held in some of the major Metaverse Communities out there such as Decentraland, Sandbox etc but a growing number of physical real-world events held with o partners such as Hotel Ziggy and DapperLabs and Th3 Syndicate