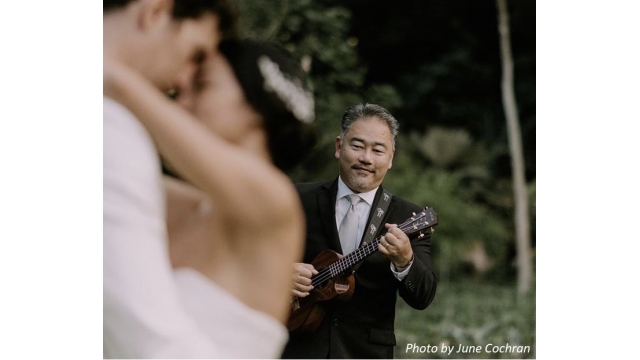 The minister and popular wedding celebrant has expanded his wedding officiant and musical accompaniment services to better meet the wishes of engaged couples across the state of Arizona. He performs both religious and non-traditional ceremonies as well as vow renewals, customizing each service in accordance with the personalities, backgrounds, and preferences of the couple to be married.

More information can be found at https://ministerjohn.com

Minister John Fuchigami, a denominationally ordained pastor who has conducted over 11,000 weddings over an eighteen-year career, now offers couples bespoke wedding ceremonies that have been widely praised over the years as memorable, entertaining, and calming. He has worked with wedding companies/planners, hotels, and other venues and established a reputation for high-quality services.

While the pandemic devastated the wedding industry, the subsequent surge in bookings due to pent-up demand has created personnel shortages among traditional service companies. Individual wedding officiants, part of a $500 million industry in the United States, have been called on increasingly to fill the breach. This is particularly true for non-traditional weddings, where couples can choose whatever kind of format and ceremony they desire.

Minister John Fuchigami perceives his role as a wedding celebrant to be a facilitator and a soothing influence on anxious or nervous couples. Moreover, he is a musician who can play the ukulele and/or guitar when requested and is familiar with many traditional or popular wedding songs. In Hawaii, he was often called upon to only play music at special stand-alone events.

Additional details can be seen at https://www.weddingwire.com/reviews/pastor-john-fuchigami-honolulu/f9b08a88e1c74ba5.html

The advantages for a couple of hiring an officiant include reduced stress and the knowledge they are being guided by a professional – rather than family members who may have their own agendas or for whom the work involved is too emotionally taxing. Additionally, couples who wish to blend different cultural and traditions will find working with Pastor Fuchigami beneficial.

One couple commented: “It was a great pleasure to have John, not only to officiate the wedding but to be a part of it. He is so passionate about what he does and has brought a lot of peace by showing how much he really cared about us and our moment. I was told by my guests that it was one of the best ceremonies they’ve ever experienced just because of him and how they loved interacting with John, so we’re very grateful and blessed to have John cross our path.”

Why Sydney Property Valuers Metro is the Number 1 Rated Company